Q: What is Loch Ness?

Q: The first written account of the Loch Ness Monster, in the year 565, mentions St Columba. What did he do?

A: a. He saved a swimmer from the monster

b. He tried to kill the monster.

c. He gave food to the monster.

Q: How many people have reported seeing the Loch Ness Monster since then?

A: a. ten b. hundreds c. thousands

Q: What did scientists discover when they used sonar to search for the Loch Ness Monster?

A: a. The Loch Ness Monster definitely doesn't exist.

b. There are creatures the size of whales in the loch

c. The Loch Ness Monster is actually a big fish.

Did You Know? Some people have suggested that the Loch Ness Monster might be a dinosaur! 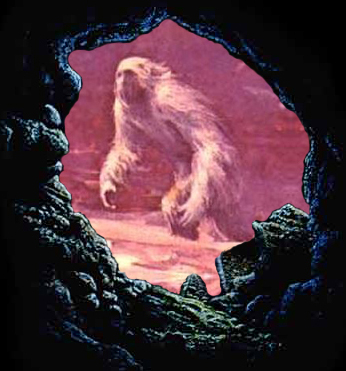 Q: Which sentence often describes the Yeti in myths?

A: a. It loves children and playing in the snow.

b. It smells terrible and is very strong

Q: What is another name for the Yeti?

A: a. The Abominable Snowman b. the Snow Eater c. the White Gorilla

Q: In which mountain range is the Yeti supposed to live?

A: a. the Alps b. the Andes c. the Himalayas

Q: What do some people say is the best evidence that the Yeti really exists?

A: a Yeti skeleton c. legends told by people in Tibet

Q: What do people in Nepal call the Yeti?

Q: Where do people believe that leprechauns hide their gold?

Did You Know? An English newspaper once sent a team to Mount Everest to look for the Yeti. They didn't find it, but they found paintings of a similar creature.

Q: Which sentence is true about leprechauns?

Q: What is the leprechaun's profession?

A: a. In ports b. under their pillows c. in their shoes

Q: How can you make a leprechaun lead you to its gold?

Q: What happens if you look away?

People used to believe that there was a leprechaun's pot of gold at the end of a rainbow.

Q: In medieval times, many people bought "unicorn horns". What did people believe about these horns?

A: a. that they stopped poison from working

b. that they helped poison work

c. that they were delicious food

Q: According to legend, which conqueror turned back from India after seeing a unicorn?

A: a. Alexander the Great b. Napoleon c. Genghis Khan

Q: A famous circus once claimed to hove a "living unicorn". What was this animal in reality?

Did You Know? Unicorns appear in the Harry Potter stories. There's even one on the cover of Harry Potter and the Sorcerer's Stone. 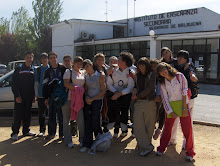